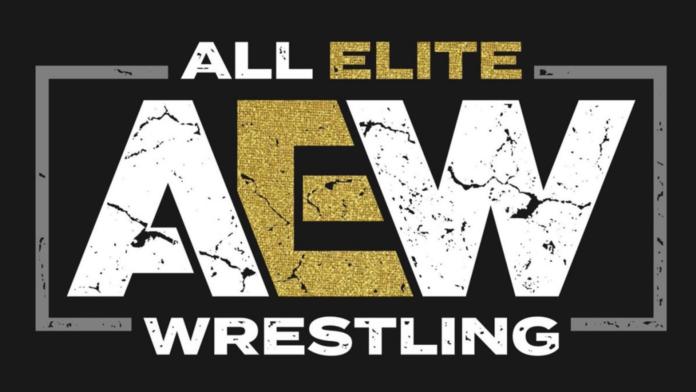 Professional wrestling entrance themes matter almost as much as the wrestler themselves. The theme is what hooks the viewer, makes a grand announcement of arrival, and even serves as an “Oh, Shit” moment when done correctly.

A bad theme blends into the background. A great theme is legendary.

Given how great WWE’s wrestling themes have been in the past six years — mostly in NXT and thanks in part to the work of former in-house music group CFO$ — it takes a lot of effort and originality to stand out among the crowd. One avenue where the indies have lacked greatly is the music department, relying on licensed music that maybe gives the impression that a wrestler is more interesting or better than they actually are.

I’m looking at you, Grado.

Scottish independent wrestler Grado from ICW and Impact is actually a perfect example. A performer not without his charms and charisma, he made viral fame from having Madonna’s Like A Prayer as his entrance music, which basically became the thing he was known for.

Of course, when he got out into the world and to promotions that weren’t going to break copyright law everyone found out quickly that maybe it was Grado’s one good trick. Others have fallen into this trap over the years, from The Sandman, Joe Hendry, and even The Undertaker (for the record: Rollin’ > American Badass.)

And now, All Elite Wrestling is on the scene and well into their first month of worldwide television on TNT. A lot of good and bad things have been said about the production as a whole, but one of the places where I feel like AEW is weakest is in the music department.

With that being said, let’s go through a fighting games-styled tier list of the best and not-so-best entrance themes in AEW.

A great theme gives off a vibe that can’t be ignored, and that’s exactly what is so great about the charismatic, moody up and comer Darby Allin and his theme. A skater boi with a macabre deathwish, Darby Allin’s theme perfectly sets the stage for his walk to the ring. This might be a bad metric for quality, but I could hear I Fell being the entrance theme of Aleister Black in WWE and have it fit almost perfectly.

More to the point, I Fell is catchy and has a backbeat that pumps you up in the same way that Seven Nation Army does so well. AEW needs more themes that have a distinct flavor and tone matched to its wrestler and the blueprint is Darby Allin’s theme.

This stands as the only Fozzy song that works without being derivative, even more so as a theme for Le Champion and a newly reborn era for Chris Jericho where he’s just embraced everything cliched and amazing about himself and pro wrestling.

Judas is a big, bombastic early 00’s rock song that you just don’t hear anymore, but there’s also an added level of full-headedness given that Jericho is the lead vocals.

All of it is part of what’s sold me on Jericho in AEW. I’ll readily admit I wasn’t keen on the idea of him as the first champion but he’s clearly brought his best material in a decade, motivating himself into a new level of performer that I don’t think anyone thought he had in himself any longer.

So, all that’s left to say is: You’re welcome.

MJF’s theme only misses the S-tier for the fact that his music gets cut off almost immediately when he comes out so that he can grab the mic, which is a shame because this theme is baller.

I love preambles on themes that give some setup and the opening 70’s era synth keyboard is fantastic and overly done in a way that wonderfully supports MJF’s jerkholery.

As close as AEW comes currently to an iconic and instantly recognizable theme, the Bucks’ theme is a journey in and of itself because of how many different phases and breakdowns and changes it goes through. However, at this point, it’s one of the few themes in AEW where you hear the opening and instantly know who it is and what’s going on.

Cody’s theme might as well be a WWE theme because it certainly has that feel to it. That said, it does all the things I want from a theme: A good lead-in, a distinct sound that keeps it from sounding like generic butt-rock, and lyrics that are catchy and memorable.

It’s yet another theme that does a good job of getting some energy into the crowd and production, something that AEW needs more of as it goes forward.

There really is no escaping his WWE past completely for Jon Moxley, as even his AEW theme sounds like a cheap knock-off of his far superior, and dare I say iconic WWE theme. The Dean Ambrose theme was one of the few in recent years that had an “Oh, shit” quality to it that only the best such as Stone Cold Steve Austin’s can illicit.

This theme does the trick, but it definitely sounds as if it’s trying to remind you of a better theme.

PAC has gone through multiple themes since being in AEW but none of them have been memorable enough to stand out amongst the noise. Once again, it isn’t a bad theme, per say, but it sounds too much like it was chosen from a free library of songs that the production crew had handy.

I also don’t want to harp on it too much, but much like Moxley he has to live down leaving behind a really fantastic theme in WWE. His music as Neville had energy and a vibe to it that was perfect.

Jimmy Havoc – The Art of Suffering

Havoc’s theme isn’t bad, and definitely leans into what Darby Allin’s theme accomplishes by setting a vibe and tone, but it also kind of just slaps you in the face with what it’s all about. A jarring, constant drumbeat always works with entrance themes but The Art of Suffering tends to suffer because of how cheap the electric instruments sound.

This is a common problem with a lot of indie promotions who do their own stuff, as you can usually tell they just grabbed an instrument pack for ProTools or whatever they’re using and ran with it. Jimmy’s theme might sound better with some fine-tuning.

The Hangman’s entrance music at least has some adjacent theming that fits Page’s overall vibe, but it has the same problem that Page himself possesses: I don’t know who he is or what this says about him. Is he a cowboy? Because I don’t think there are very many cowboys from Virginia.

Page has gotten lost in the shuffle at the start of AEW’s lifespan, and a lot of that is he just doesn’t have a character built out. Everything the audience knows about him is purely from his work in NJPW and The Elite, which is to say he has a noose, wears his gear, and really likes Stan Hansen.

He needs more, and so does this theme.

Cody suffers the problem of his previous theme being one of the most iconic pieces of video game music ever created. Sure, it isn’t solely what he’s about but that is also a hard thing to live down.

His new theme tries to channel a Japanese electronica vibe in a similar vein to video games from the ’90s but mostly sounds like generic synth work with some screamy shouting over top. The overly-long lead-in also veers too far into trying to be dramatic, which just doesn’t work with Omega’s character at the moment. That kind of thing worked in NJPW because they often played up the corniness and bombastic nature of pro wrestling there, but here it just feels like too much and not enough all at once.

But, hey: At least he doesn’t have Dustin Rhodes’ theme.

… This is just a Green Day song. Literally. I’m not even being facetious here. It’s Brain Stew. Here:

SOMEBODY GONNA GET SUED UP IN HERE.

We’ll even ignore the fact that they took the Goldust preamble almost completely from the Jim Johnson WWF theme. Whatever. That is what it is. But… Copying one of Green Day’s biggest songs and barely even changing it is… a bold move. It doesn’t work, of course. But, bold nonetheless.

Will Harrison is a writer and columnist living in Mount Vernon, Ohio. Contact him on Twitter @DoubleUHarrison or via email at BackLogAdventures@gmail.com