Skip to content
HomeEating Around Austin: Ramen Tatsu-Ya; A Preface 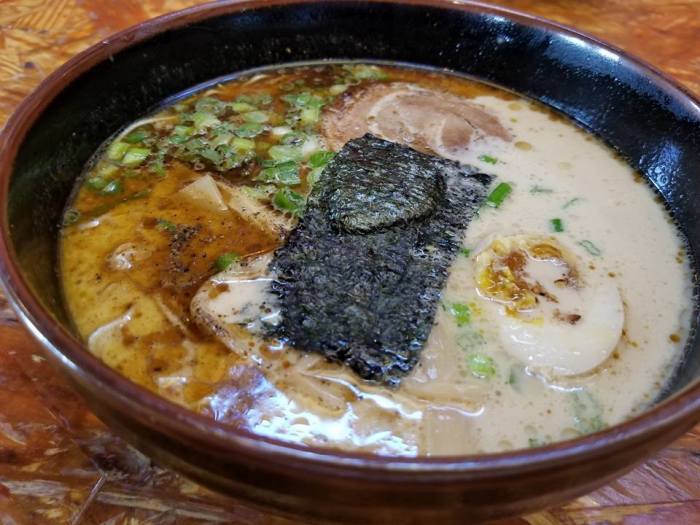 Welcome to ‘Eating Around Austin,’ a new series of reviews and articles by columnist Will Harrison, divulging the details of his delicious dives into the depths of the Austin, Texas food scene.

Welcome to the show, kids. Settle in. Smell the smells to be smelled and feast your eyes on this new series that will jump into the massive amount of eats Rachel and I have taken part in since moving to Austin almost two years ago.

Why not? The most common writing tip is “write what you know,” and I’ve discovered that, yeah: I know much about food and the culinary delights of Austin. Or, at least the ones you might actually care about. Looking for reviews of top-end joints like Dai Due, Roaring Fork, or other fancy-swancy places in my dear city?

Go somewhere else. Like a food truck. Or… how about a ramen joint?

Consider this ground-level food reviews. I’m interested in the stuff you’ll eat day-to-day, with friends and colleagues, and the food that is so delectable that it keeps you going in between all the boring stuff you eat the rest of the time.

There are plenty of sites that do reviews on a critical level, but I’m more interested in talking about the realities of eating out, the importance of good information, and the ins and outs of E-O-W-B — eating out while broke.

Want to know what a place’s parking situation is like? Have friends with a gluten intolerance? Hoping to catch a pint of Thirsty Goat and don’t know if a joint will oblige? Join me as I answer all these questions and more.

AKA The Best Ramen In Austin.

Japanese ramen — a piping hot noodle soup comprised of a hearty broth (usually pork or chicken) and heavy noodles that can range from rice noodles to buckwheat soba. Ramen began as a food that Chinese immigrants brought into Japan before their 200 years or so of solitude and is known for being a versatile dish with differences based on region. For instance, Hokkaido is known for a miso broth with corn(?) while Sapporo has soybean paste and heaping helpings of… Butter.

Common add-ins for ramen include chashu (soy-braised pork loin, slow and long-cooked for some of the most tender meat you’ll eat), ajitsuke tamago (soy-soaked soft-boiled eggs, usually done in a pickling mixture of soy, mirin, sake, and sugar for up to 24 hours), nori (seaweed, yo), and naruto (I ain’t talking about the anime character, but fish cakes).

There are also cold variations, and versions where you dip heavier noodles into a super-condensed broth, commonly called Tsukemen.

Two locations that couldn’t be further apart while still in Austin: One on South Lamar, near Alamo Drafthouse; The other in a weird shopping center on Research Blvd., which can be hard to get to, thanks in part to the Lakeline Mall/Tech Ridge traffic. We’ll get into the finer details of which place is superior, but for ease of access alone, I’d pick the South Lamar location every time.

As for parking: Be aware that the South Lamar location has limited spots and, depending on the time of day, they fill up fast. There is some street parking behind the building, and if you get desperate you can park at the Shake Shack/Alamo parking garage and hoof it.

Just…. stop talking. I can promise: You’ve never had ramen before if your only example is Cup Noodles or those cruddy, dry bricks with packets of sodium attached.

Real ramen is all about the broth, plain and simple. Don’t get me wrong: Good noodles can make or break the dish and I’ve had plenty of mediocre ramen around town that featured equally mediocre noodles, but they ain’t the thing.

Ramen broth is ridiculously complex and layered, meaning that it just isn’t something you’re going to whip up in a kitchen. It isn’t just about good stock. It isn’t just about the right spices and ingredients. It’s not just that awesome, soy-soaked egg. The dish is everything, working at once to create a unique dish that does a dance of death across your palette because after you’ve had great ramen there is no going back. 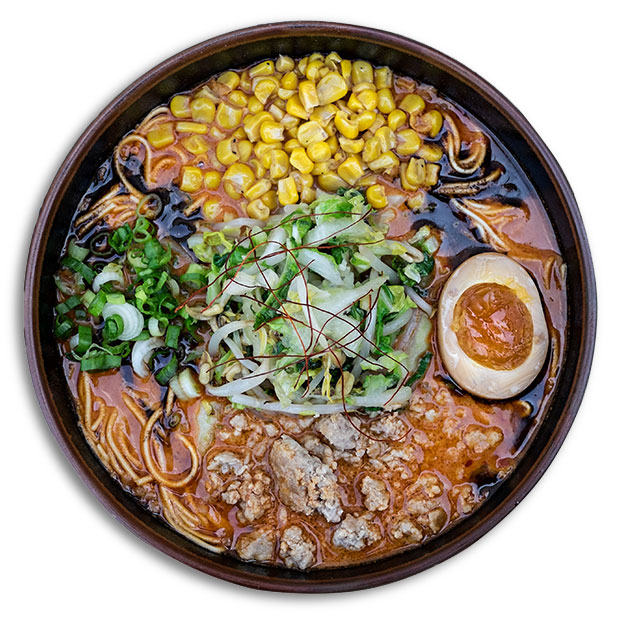 So, do you like hearty soups with strong, salty flavors? Enjoy making slurping noises in public? Looking to work on your chopstick skills (yes, you’re still going to use chopsticks)?

Then join me as we take a look at Tatsu-ya and what makes them the best ramen place I’ve ever been to… so far.

Don’t be shocked if you see a line outside Ramen Tatsu-ya upon arriving: You aren’t seated upon arrival and are instead immediately put into a line. Make sure you have your entire group with you, as they won’t wait and they have everyone in the party order at once.

They have an open window for drink orders, which includes a variety of local alcohol, classics like Topo Chico, your standard selection of sodas, and a host of cocktails that change routinely. Expect to wait in line during lunch, but you might get lucky and catch a lull if you go after 5pm.

Menus are available in the line outside, as well as free water and fans. Once you get to the front they’ll let you up to the ordering table with your group. Try to have your order ready by then, but all the same they aren’t too pushy.

Also keep in mind that this is a place that uses a tablet/Square reader for payment, and you’ll be punching in the tip at time of pay.

As for ordering… what do you want? Let’s talk about options. 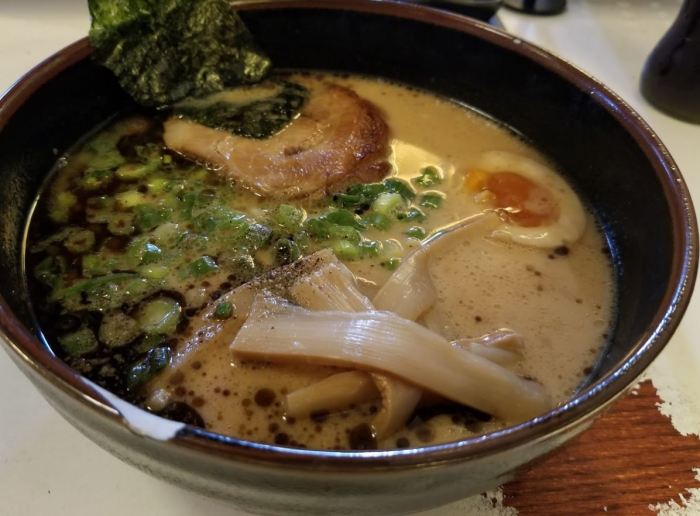 The Tatsu-ya menu is straightforward, and for good reason: They cook everything ahead of time and in huge batches, as it takes awhile to tease all that flavor out of the bones and broths. There are a variety of flavor profiles available from the seven regulars on the menu, along with a cold noodle miso special that they sometimes offer.

But, what to get? If you’re new to ramen and maybe aren’t used to the sodium, I’d avoid any of the miso-based bowls. Their most neutral and authentic ramen selection is probably the Ol’ Skool (chicken shoyu broth, chashu, ajitama, menma, scallion, white onion, nori, pepper) featuring a strong poultry profile and a heavy, but somewhat clear broth. This bowl is most akin to what Chinese migrants originally created.

However, the authentic ramen experience is in the tonkotsu. Originating in Fukuoka, Japan, tonkotsu is all about a hearty, rich broth that is known for taking a longer amount of time to cook. The pork bones alone can be boiled for up to ten hours just for the creation of the broth base.

Tonkotsu is also the most popular style of ramen, often found in fast food joints across Japan.

For an even richer experience, the tonkotsu shoyu is the way to go, as the already creamy pork broth is seasoned with a mixture of soy sauces, sometimes served on the side if ramen joints in Japan. The flavor is akin to a heavy pork flavor and darker soy sauces without being overbearing. For a closer look at this dish, check out the featured image at the start of the review.

There are also additions you can have thrown into your bowl, ranging from additional meat and eggs to “bombs” that are literally just tiny bowls they serve on the side, mostly as spice profiles. I’ve had the red pepper paste bomb thrown into my shoyu, and it is exactly as it sounds and tastes, so just know your own limits when it comes to heat.

There are also sides and salads on the menu, but… c’mon. You’re picked a ramen shop. Why are you ordering edamame? Get the noodles. If you’re gluten-averse, you can also order it sans noodles and get rice instead. And, if you’re the picky type, you can order your ramen with all the ingredients separately so that you can add them to the broth yourself upon table arrival.

Want to learn more about ramen types? Check out this fantastic piece by the wonderful folks at Serious Eats. 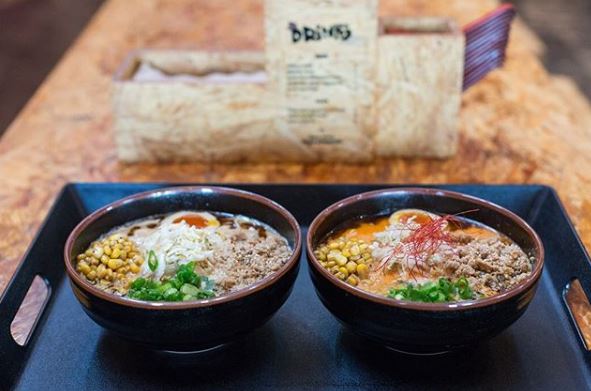 Truly excellent ramen is a revelatory experience and one that will send you down a hole of flavor that you’ll find yourself chasing the rest of your life. Since coming to Austin I have made it my mission to discover the secrets of Japanese, Chinese, Thai, and Korean cooking, and ramen is exemplary of the magic and wonder that can be poured into such an unassuming bowl.

The prices are actually low and fair when compared to how much you’ll pay for ramen at a fancier, upscale place like Komi on Airport (where a bowl can cost up to 16 dollars). But, there’s also the added knowledge that ramen is filling as all hell and I have never not walked out of Tatsu-ya with leftovers. A note: If you do have leftover broth, either ask for extra noodles to go (but don’t put them in the broth, as they’ll just get soggy) or just grab some pre-made egg noodle or soba and bring it to a boil on your stovetop. Just note that some of the dishes such as the tonkotsu tend to solidify due to the amount of fat involved so you may be scraping your dish back into liquid form.

If you’re looking for an even higher-end version of what Tatsu-ya has to offer, take a look at their sister restaurant Kemuri Tatsu-ya, a bar and Izakaya place on the east side that offers fantastic food and an awful parking option. Keep an eye out for their karaage. Some of the best fried chicken I’ve had in Austin.

Both places have an issue with crowds, so the location of choice depends on how far you’re willing to drive. Going south of the river is always a risky traffic venture, but it’s still better than dealing with Research Boulevard, hands down. 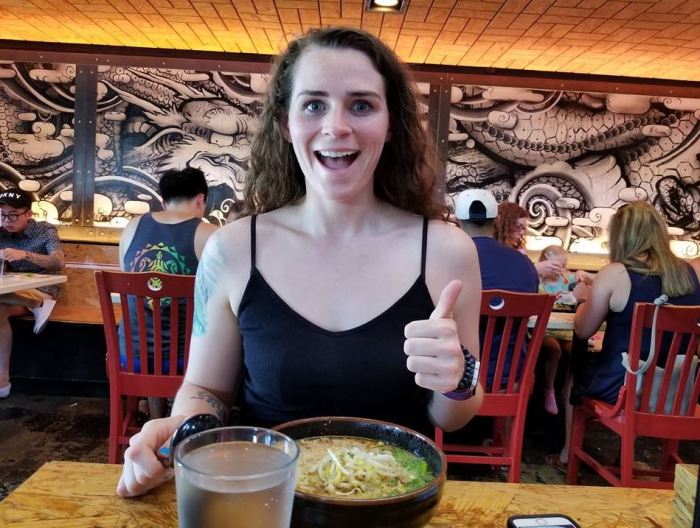 If you’re looking for a cheap, but nice night out with friends or even a place to take your out of town hombres, you won’t do much better than Ramen Tatsu-ya — at least not without breaking your wallet in half.

If you’ve never experienced the sheer joy of ramen then make this one your choice. The funky decor, great drinks, and amazing noodles are more than enough to win anyone over.

Thanks for joining me on this noodle-based journey. Until next time!

Will Harrison is a writer, journalist, and columnist living in Austin, Texas. You can reach him on Twitter @DoubleUHarrison or via email at DoubleUHarrison@Gmail.com. Have a food recommendation? Hit us up.