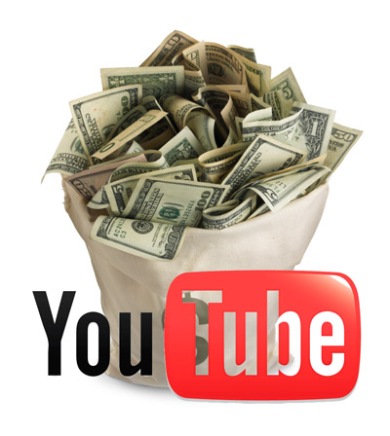 The saying goes that the pen is mightier than the sword, but what does this mean in the digital age? Who is the sword holder? What if you’re borrowing that sword from someone else? Are they the mighty or is that power purely in the one who swings?

What makes one privy to pen holding?

If you’ve followed gaming news at all in the last month or so, the discussion on creator’s rights in regards to YouTube videos using gaming footage has been hot and heavy. This discussion comes after a wave of intellectual property claims by YouTube’s automated scanning system that flags videos found to be using content that may not belong to them. Videos flagged by the system were automatically removed from the network, barring actual approval from whomever holds the content copyright.

This has caused problems in many circles of YouTube, as content creators–some with videos with hit totals in the millions per video–were seeing their videos taken down, and along with it, the right and ability to generate revenue off the views of the video. Of course, some content creators that have been deemed “affiliated” with YouTube, such as Machinima, avoided these pitfall all together.

Some of the most popular YouTube channels hit were “Let’s Play” style channels where a game would be played through in it’s entirety, often with commentary and feedback from the creator of the video simultaneously. Videos of this style have grown in popularity in recent years and have netted large paydays for the most successful. PewDiePie, content creator and owner of the most popular channel on YouTube, whose total views is in the millions, was reported to have generated well over a million dollars in revenue from his channel alone.

A lot of money for a guy using someone else’s content, right? That is the question being asked. What makes a content creator? Is PewDiePie a content creator despite the fact that he is using footage and assets created by someone else and profiting off of them without permission? Is Angry Joe of the popular Angry Joe Show creating content if he is using clips of film and games? Where is the line drawn between fair use for critique and review purposes and merely making a payday off the work of another?

The waters are murky, and made even darker by the likes of professional competitive gamers, such as those from League of Legends or even Street Fighter IV. While contemplating the facts of the problem, I came across a tweet from famed professional fighting game player Justin Wong, of team Evil Geniuses:

Wong seems to fall into a different camp all together from the previously mentioned content creators. Wong is not creating content in a vacuum, nor is he a reviewer or critic. Taking away the glamour of his status in the gaming world, he is merely a pawn in the videos of tournament matches that he uploads to his channel, many of the matches not even including himself.

What rights does he have? Let’s leave Mr. Wong alone for a second and think about the active levels of content creation, going from the bottom up.

Bottom level: YouTube users  that re-post video. These people are neither providing original content, nor critiques. They are, however, generating page views, and sometimes that can equal revenue. What rights to monetization should they be allowed to have?

Middle level: Critics, Let’s Play creators, journalism. The users of this level are providing information and critique. Even Let’s Play videos are a type of criticism in their own form, which many people making choices on whether or not to purchase a game based on what they see. This attitude is also what has given rise to gaming journalism sites such as GiantBomb, who focus on showing readers and viewers what the game looks like in motion instead of droning on in the written form, attempting to describe a game.

Top level: Unique content creators. Video game developers, musicians, actors, all publishing their own content (or being published by who represents them.) This is especially true to independent game developers such as Phil Fish of FEZ fame or the creators of Super Meat Boy, who rely on YouTube as a strong method of advertising and spreading the message of their games.

According to YouTube’s new catch-all filtering system, none of these people have rights to their content without the proper authorization, which sometimes is owned by a third party who has licensed out something as small as a snippet of music or a clip.

Where does this leave the likes of Justin Wong? He’s a competitor using a piece of software in a public forum, who, in turn, re-publishes video of that software in action. Does Justin have the right to ask Capcom for permission to earn money off of his competitive matches?

The only two comparisons I can make, and they aren’t good ones, are to professional athletes. Does a player in the NFL have the rights to footage of themselves playing? No. That content is owned first by the NFL, and secondly by the team they played for. They do have ownership of their likeness rights via the Player’s Association, but that doesn’t mean they are free to publish video of their themselves where they want.

This is not a great example when compared to Wong. Firstly, Wong is not an athlete. He is using a piece of software made by a company, who has loosely given permission to tournament organizers to stream the content for viewership purposes. Other times, Wong, like many pro players, will capture their own footage from home and post the results on YouTube. But, still, this is not purely Justin Wong. It is Justin Wong’s manipulation of software owned by a multi-million dollar corporation.

The closest example would be professional skateboarders back in the heyday of the late 90s who would make mixtapes of their best tricks and footage, often to sell independently. Once again, not a great example?

Is Justin a content creator? Does he deserve to get rights from Capcom for monetization? This is essentially the equivalent of Justin asking Capcom to pay him, as without Capcom’s blessing Justin cannot receive revenue from YouTube.

Where do we draw the line?

I don’t expect this fight to be over easily, nor any time soon. Considering the pressure that large companies have put on YouTube in order to stop copyright infringement, content creators may just have to find another avenue of delivery if YouTube won’t be willing to play ball.